Division One Proposals for Small Businesses 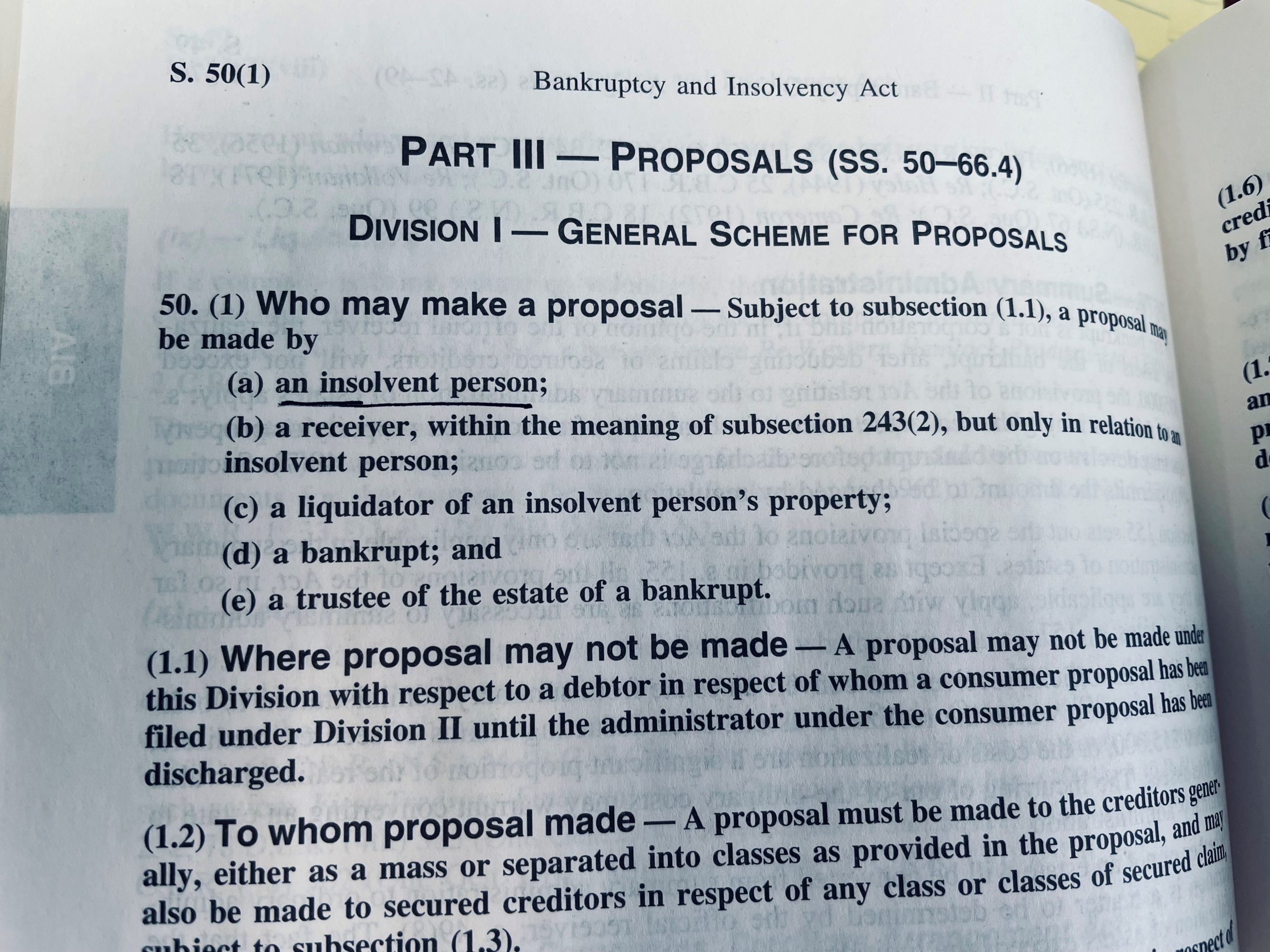 Division One Proposals are very useful tools for small business owners.  The criteria for filing a Division One Proposal is that the debtor, if an individual, must owe more than $250,000, excluding a mortgage on a principal residence.  If the debtor is a corporation, it may not file a Consumer Proposal, which is filed under Division Two.

The Bankruptcy & Insolvency Act (“BIA”) allows Division One Proposals to be made by a person, or a combination of persons, the definition of “a person” in the BIA includes:

The BIA defines an “insolvent” person as:

a person who is not bankrupt and who resides, carries on business or has property in Canada, whose liabilities to creditors provable as claims under this Act amount to one thousand dollars, and

In a case, (referenced as Re: Nitsopoulos (2001). 25 C.B.R. (4th) 302, 2001 Carswell Ont 1994 (Ont. Bktcy.)) justice Farley decided that two individuals who were not partners, could file a joint proposal and could lump their unsecured creditors into one class, whether the creditors were creditors of one debtor or the other or were creditors of both.  This ruling was upheld by Registrar Sprout if Re: Howe (2004).

Nonetheless, related parties are defined in Section 4 of the BIA:

(2) For the purposes of this Act, persons are related to each other and are related persons if they are

(3) For the purposes of this section,

At the end of the exercise, it is clear that corporations can file alone, jointly with another corporation or individual or even a partnership – which might be an administrative headache.  However, A Division Proposal can help you and your business resolve your debt problems at the same time and through the same proceeding.