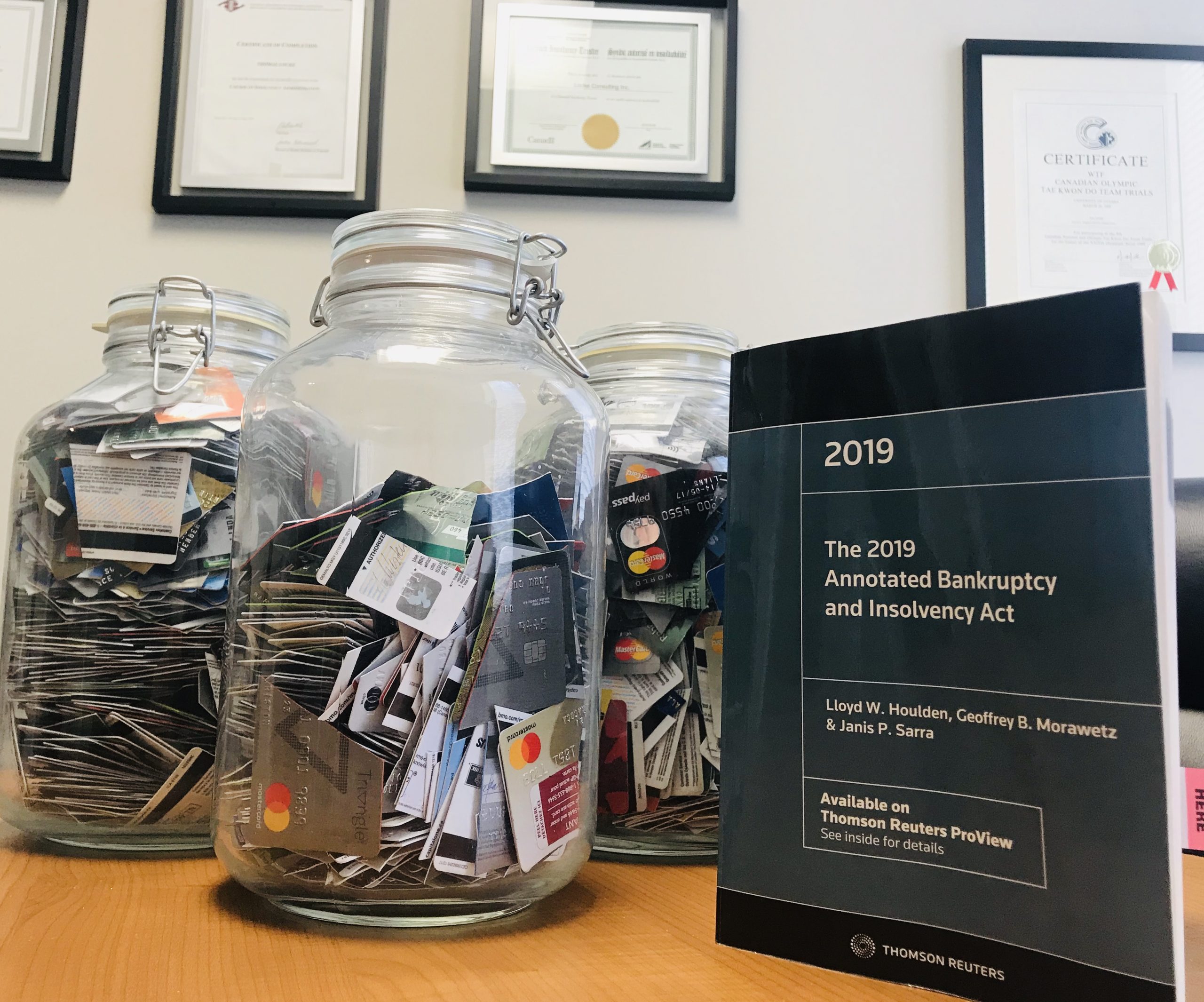 Today, there are far less Bankruptcies being filed than in the past – it used to be that more folks would choose Bankruptcy over Proposals, so what changed? We’ll start by explaining the differences, in rudimentary terms.

There are two ‘types” of Proposals, the older version falls under Division One of the Bankruptcy & Insolvency Act (“BIA”), the second, newer, type is regulated under Division Two of the BIA.  Div. I Proposals can be used by individuals or corporate entities.  Div. II Proposals are strictly for consumers, corporations cannot file under Div. II.

To file a Div. II Proposal the Debtor must owe less than $250,000 excluding a mortgage on a principal residence.  The voting scheme for acceptance of the Proposal (by creditors) is different, Div. I requires a majority in number of voting creditors and a 2/3rd majority by dollar value.  While a Div. II requires a simple majority, at least 50%, with the tie being broken by the Chair of the meeting (convened to decide on acceptance of the Proposal)

Under a Proposal none of the Debtor’s property vests in the Trustee (or Administrator).

The most striking difference is the treatment of the Bankrupt’s property – all property of the Bankrupt vests in the Trustee, who is tasked with sifting through the types of property to see if there is anything that can be sold in order to make some form of restitution to Creditors.  Having said that, most property commonly owned is exempted from seizure and sale by the Trustee.

There are two major factors that have driven Debtors towards Proposals more than Bankruptcies.  The first is the treatment of real property, in the past the Trustee would value the house at time of filing the Bankruptcy to see if there were any equity that should be available to creditors.  If it was determined there were equity, the Bankrupt would be asked to make a settlement for the value of the equity.  This could be done by making monthly payments, refinancing, or selling their interest to another person.

However, since a Court ruling in 2016 the landscape changed with respect to how real property should be treated.  The CRA had argued that the increase in value of the Bankrupt’s house, between the time of filing the bankruptcy and time of his application for discharge, constituted “after acquired property”.  This, notwithstanding that the Trustee had previously indicated to the Bankrupt, at the time of filing the Bankruptcy, there was no apparent equity.

After Acquired Property is generally taken to be property, of any kind, that devolves on a Bankrupt after filing a Bankruptcy but before they are discharged.  We usually think of money that is gifted to the Bankrupt or comes by way of lottery winnings or inheritances, that is truly acquired after the initial Bankruptcy event.  Some members of the LIT community have felt the Judgement was incorrect or harsh for the following reasons: 1. The subject property was acquired prior to filing bankruptcy and was therefore not after acquired; 2. The Bankrupt had no control over the market forces that increased its value; 3. The implication of fluctuating values of real estate ought, by the same logic, be equally applied to property values that go in the opposite direction, as is the trend with current market conditions; and 4. The Bankrupt was acting honestly in providing an appraisal of the property prior to filing the Bankruptcy – the spirit of the legislation is to provide relief to honest Debtors.

However, all Bankrupt individuals, who are homeowners, need to be made aware of the prospects that they could be liable to pay over an amount equal to increase in value of real property.  Since property does not vest in the Trustee in the case of Proposals it is easy to see how such a change could impact on the decision to file a Bankruptcy.

Another consideration, in deciding which way to go, is what we call “Surplus Income” – Surplus Income is income earned above an allowable threshold.  The threshold is determined by using the Government’s Low Income Cut Off as a baseline measure of affordability.  The LICO is an antiquated measure that is completely out of touch with today’s inflationary environment.  The LICO for a family of four is $4,375 per month, yet, the average Canadian rent is $1,959 (for a one bedroom unit) and the average grocery bill for a family of four is $1,400 per month and the average cost of driving a car is, now well in excess of, $740 per month leaving very little for other family expenses.

A person who is down on their luck at the time they file for Bankruptcy could find that the combined costs of settling for the (increased) value of their home as well as their income, should their station in life improve, becomes burdensome after Bankruptcy.  Meanwhile, the individual filing a Proposal need not be concerned, after all, they have negotiated, through their LIT, a reduced, fixed, monthly payment and they get to keep their home without reappraisals, and they are only subject to the negotiated monthly payment.