Proposals are popular – almost 80% of insolvency filings are proposals 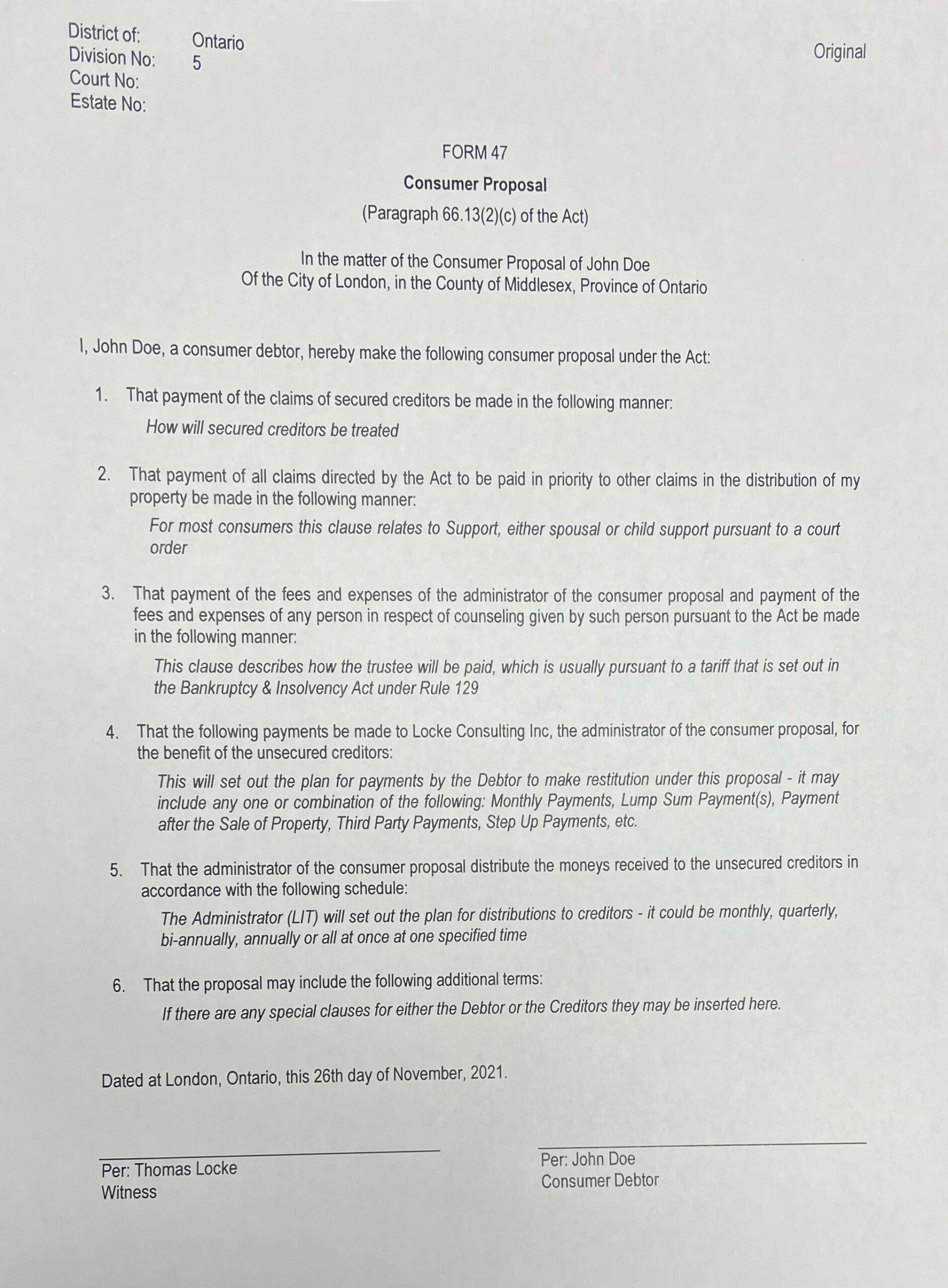 Proposals are popular, in fact proposals are a far more popular choice among Consumers than bankruptcies, and there are many reasons for that choice including:

Proposals weren’t always as popular as they are today, there was a time when Creditors either rejected them altogether or pressed harder for renegotiation.  At one time LIT offices had to follow up each proposal with phone calls to Creditors to explain how the proposal was more beneficial to them.

Back in the day, some Creditors reasoned “why should we agree to reduce the amount we will receive from the proposal”.  Gradually as Creditors came to understand that proposals offered more money than bankruptcies, they became more acceptable.

These days Creditors have far more familiarity with all insolvency processes.  The majority of mainstream Creditors (banks, and major credit card issuers) use third party companies to process their insolvency claims.  The third party agents are given threshold values for acceptance of proposals.

Debtors filing proposals are often those to whom the Surplus Income guidelines of Directive 11R can be applied.  Surplus income payments may go up or down as the Debtor’s income fluctuates.  Filing a proposal locks in the payment amount to a minimum regular payment amount.