Wealth and Savings – where did it all go: 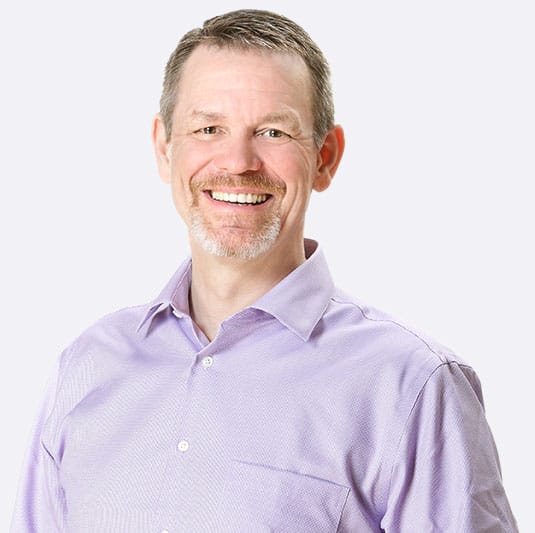 We have been hearing a lot about how well off Canadians are – for the past few years the media has talking about the accumulation of wealth and savings.  Canada’s housing bubble has driven up the price of housing to dizzying heights.  Yet, real estate prices are not necessarily reflective of real estate values.  The western world is facing a demographic challenge greater than its has ever seen, a large aging population, as Boomers prepare for retirement.

Currently the population of Canada is 38,246,108 of that about 21% is under the age of nineteen, and about 19% is over the age of sixty-five.  In between those two outliers are the majority of working people, the remaining 60%.  Retirement is not cheap it has been estimated that in 2015 Canadians over the age of sixty-five spent an average of $28,800 ($2,666 per month in 2021 dollars).   Ideally people reaching 65 would have sufficient savings to carry them through retirement, while the under nineteen cohort is not likely saving for retirement just yet.

According to statistics Canada, 32% of Canadian retirees have no savings at all and will rely entirely on government pensions.  Government pensions are not sufficient to cover the cost of market rent in most any jurisdiction ion the country.  Can you afford to stop working and still be able to spend $2,666 per month?  If you are reading this article the chances are, you cannot.  During the year 2018, the average Canadian saved $852, by contrast the top 20% of income earners saved and average of $41,393.  In the year 2019 the average Canadian savings amount was $1,144, and that amount grew to $5,816 in 2020.

There are several reasons that savings increased during 2020, for one thing, the imposition of lockdowns made it extremely difficult to travel and with many retail stores shuttered, people could not spend money as easily and impulsively.  The government was literally throwing money around – with nine million unique applications for CERB and many ineligible people getting the money.  Another issue was changes to RSP rules that allowed first time homebuyers to convert more savings to Home Buyers Plans (HBP).  By allowing people to withdraw larger amounts from RSPs to convert to HBPs that meant that more money was poured into these plans, including amounts from RSP loans.  An RSP loan is a debt, not an asset, the RSP converted into a HBP is yet another debt – perhaps the pundit acquired a loan, at 9% interest, to purchase an RSP, then collapsed the RSP into a HBP, they must repay $30,000 plus interest for the loan and another $30,000 to replenish the RSP ($60,000 + in debt).

Ironically, the government views RSPs, that were collapsed for HBPs, as being savings even if the RSP is devoid of any money.  The CRA views the plan as still existent under the HBPs and it must either be replenished over a term of fifteen years, or for each year it isn’t, one fifteenth of the amount converted is deemed to be income and subject to income tax.  In simple terms the RSP was converted from an asset to a debt.  And this debt cannot be erased by filing an insolvency proceeding.  The CRA’s position is that there is no debt until the end of each tax year, at which time it is determined how the debt will be repaid – RSP replenishment or taxes.

Tax Free Savings Accounts have become popular and can be a useful investment vehicle for people who have met their RSP contribution limit.  TFSAs allow the saver to earn interest tax free, and withdrawals are not subject to direct taxation.  Similar to RSPs there are restrictions on annual contribution levels and amounts that exceed the contribution limit may be subject to taxation on interest earned.  And it get’s trickier – a person who contributed the limit then withdrew it and recontributed the same amount will be deemed to have paid the eligible limit twice, interest earned on the second contribution (replenishment) is taxable.  For some savers, amounts contributed are quickly withdrawn and don’t make it to the end of the year, nonetheless, similar to RSPs, even withdrawn funds are considered to be savings.

Basically, if you contribute to a TFSA and RSPs in the same year as you withdraw $30,000 in RSP funds for an HBP and use your $5,000 in TFSA savings to buy groceries, the government still reports, statistically, you have saved $35,000 in that year.  While the TFSA doesn’t flip from asset to debt in the same way the RSP does, it still has no value.  Similarly, for Canadian homeowners who have seen the price of real estate skyrocket there is the illusion that have more wealth.  Let’s drill that down to look at the why that may not be the case.

In some markets house prices have tripled in the last five years, the national average increase from 2017-2021 was some 44%.  In the background to this growth median incomes dropped, in Ontario, by 5.23% between 2021-2022.  This reality is driving debt levels higher faster as consumers take on bigger mortgages as a result of escalating real estate prices and consolidating credit cards and other debts into mortgage refinancing.

According to our local real estate board, ten years ago, in 2012 the average house price was $240,485, and now it is at $823,954, an increase of almost 250% – in the same time wages, as noted above, are going backwards.  Poverty rates are controlled by the government using statistical manipulation – such as the “basket of goods” an antiquated idea that is out of touch with social change.  Now let’s imagine that you sold your ten year old house for 250% more than you paid for, sounds like a great deal, until you realize that the average commission according to the Canadian Real Estate Association is still at 5% of the sales price.  A realtor selling a house in 2012 would have generated $12,024 in commissions but in 2022 that value has increased to $41,197.

Selling that same (2012) house today will cost more in commissions, it will cost more in CMHC insurance which is also a set (4%) percentage.  Deduct real estate commissions and CMHC fees (for the new purchase) as well as legal fees allow $1,500, and land transfer taxes paid on the new purchase $12,954 and we cannot lose sight of HST 13% on legal fees, real estate commissions and CMHC fees.  To summarize the total cost of selling and repurchasing a house at the same (average) value will cost the consumer a total of more than $95,837 which is 40% of the original price (in 2012) of the property and more than 11% of the sale price.  The bottom line is not a reduction in asset value but also an increase in debt – moving house not only reduces the value of the asset but it also increases the quantum of debt.

Throw into the mix that the overnight rate is increasing, driving up mortgage rates, and the illusion of wealth starts to quickly dissipate.  The current government has been trying to table the idea of applying a capital gains tax on residential real estate sales.  They already introduced a capital gains tax on residential real estate sales where the property was used for small businesses.  The current gain applies to 50% of the value of the gain on the portion of the property that was used or business purposes.  If you claimed a personal tax reduction on 10% of the space in your home, you must assume that you will be taxed on 50% of the value of the 10% that will be subject to the tax.  A further, proposed, capital gains tax would force people to either stay where they are or to give up on any notion o home ownership – who knows, perhaps “by 2030 you will own nothing”.

Apply the capital gains tax to the homeowners we have described above, if they sold their house and had to pay 15% of 50% of the upside, on sale of their house, they would have to pay the government an additional $43,760 in taxation.  Don’t look for any type of forgiveness if the market corrects and the value of your house plummets.